2. What are the challenges of balancing peaceful uses of chemicals with international security and nonproliferation?

Peaceful uses of chemistry are fundamental to modern life in industrial processes, agriculture, and medical treatments, for example. Many essential chemicals are dual-use in nature, meaning they have both peaceful uses and potential applications in warfare. The CW nonproliferation regime is structured to address this dual-use challenge, through both its central treaty and less formal export control regimes, principally including the Australia Group.

3. What is the Organization for the Prohibition of Chemical Weapons?

Main office building of the Organization for the Prohibition of Chemical Weapons & The Netherlands Map, WikiMedia Commons 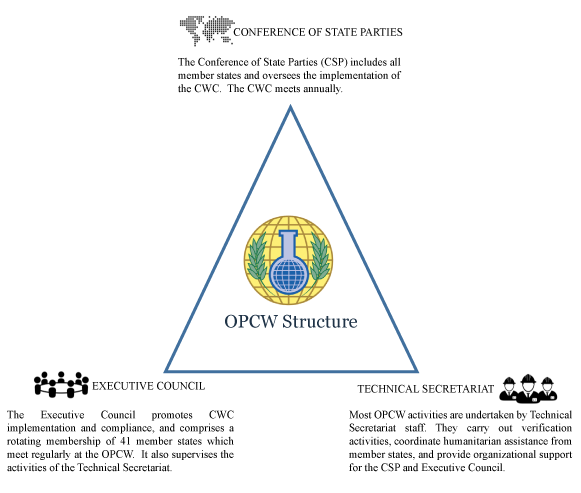 4. What challenges does the Chemical Weapons Convention face?

The CWC faces several challenges related to controversial and complicated provisions within the treaty. Other challenges have come to light as the OPCW dismantles programs in conflict zones such as Syria and Libya.

Challenges to the Chemical Weapons Convention

5. How are chemical weapons destruction and disposal efforts progressing globally? 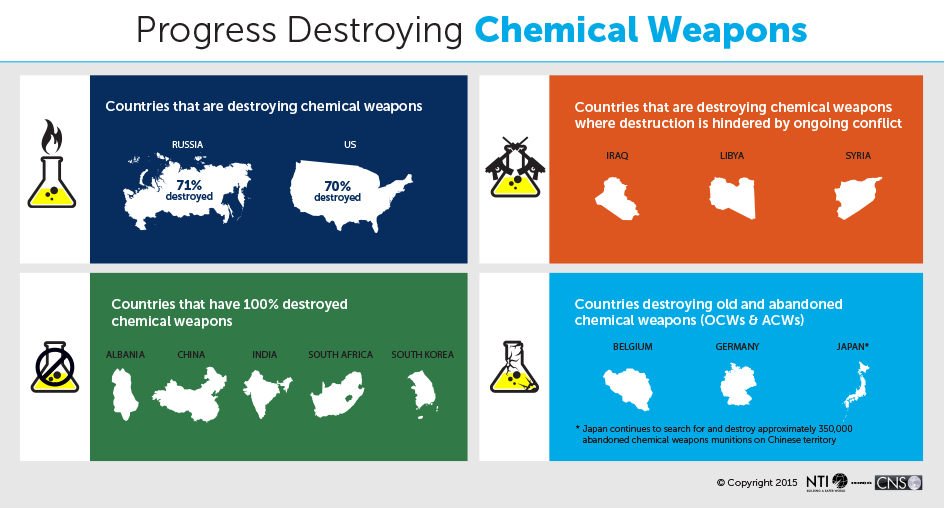 Most declared chemical weapons stockpiles have been destroyed. However, the two largest possessor states, the United States and the Russian Federation, have struggled to meet destruction deadlines.

A number of countries are also still locating and destroying old and abandoned chemical weapons (according to the ACW). In addition to large-scale efforts between Japan and China to locate and destroy Japanese ACW in China, OCW and ACW most regularly surface in countries such as Germany and Belgium in farmer’s fields and on other land once used as WWI battlefields. [6]

Countries have also inactivated all chemical weapons production facilities (CWPFs) declared under the CWC, including in Bosnia and Herzegovina, China, France, India, Iran, Iraq, Japan, Libya, Russia, Serbia, the Syria, the United Kingdom, the US, and South Korea. 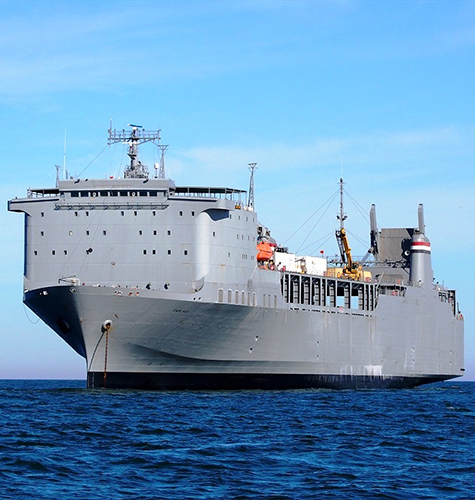 1. How Chemical Weapons are Destroyed 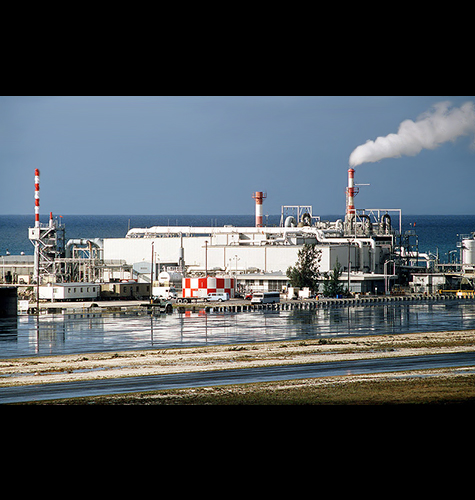 High-temperature destruction technologies, such as incineration, use immense heat to break the chemical bonds of toxic agents and produce less toxic chemicals.

Low-temperature destruction technologies produce less toxic chemicals that are then further treated. Hydrolysis is the most notable technology in this category, a process that uses water and other neutralizing substances to break the chemical bonds of toxic agents.

6. What happens when there are allegations of chemical weapons possession or use in CWC or non-CWC countries? 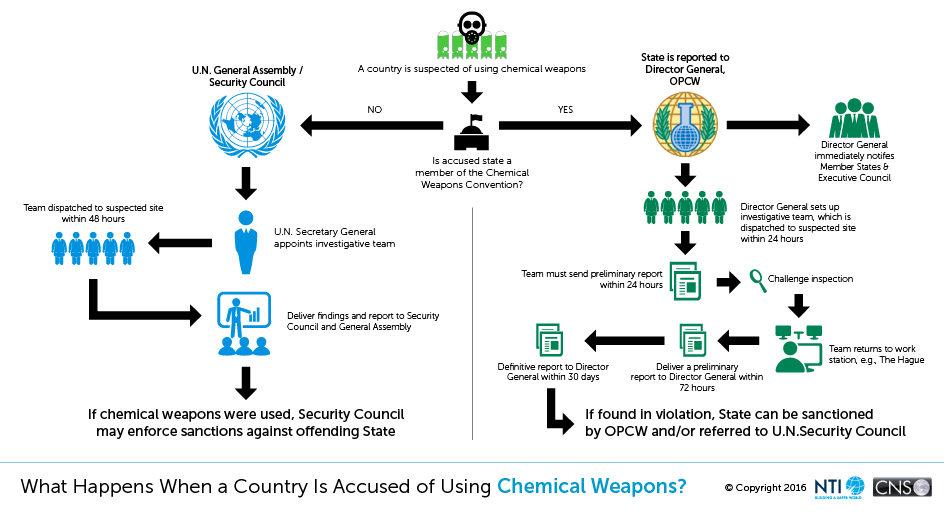 Advances in chemistry, biology, information technology, and engineering are decreasing the barriers to both state and non-state actors producing toxic chemical agents.

[8] Jonathan B. Tucker, Innovation, Dual Use, and Security: Managing the Risks of Emerging Biological and Chemical Technologies, Massachusetts Institute of Technology, 2012.

[9] Jonathan B. Tucker, “Combinatorial Chemistry and High-Throughput Screening,” Innovation, Dual Use, and Security: Managing the Risks of Emerging Biological and Chemical Technologies, pp. 89-100.