What are the different types of chemical weapons and their effects?

Examples: Lachrymators (cause eye irritation and tearing), such as tear gas.

Have chemical weapons ever been used? 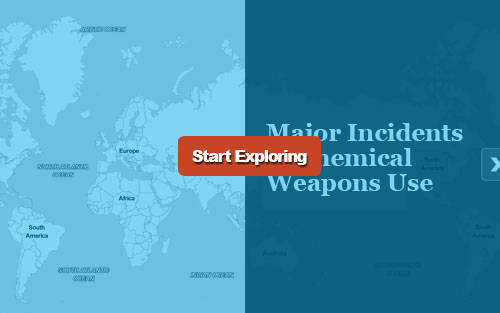 Which countries have or at one time had chemical weapons?

When and why did most countries renounce chemical weapons programs? 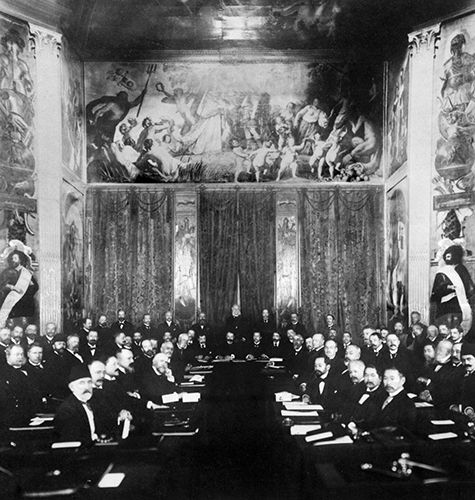 The first attempt to control chemical weapons occurred at The Hague Conferences in 1899 and 1907, where participants agreed to prohibit the use of poisons or gases that would cause unnecessary suffering in war; projectiles from balloons; and projectiles to spread asphyxiating and deleterious gases. The Hague Conferences only had limited support. By WWI, chemical weapons had become integral to states’ military arsenals.
Source: Eric Croddy, Chemical and Biological Warfare: A Comprehensive Survey for the Concerned Citizen, (New York: Springer-Verlag, 2002).
Photo: The Hague Conferences, 1907 | Photo Credit: United Nations 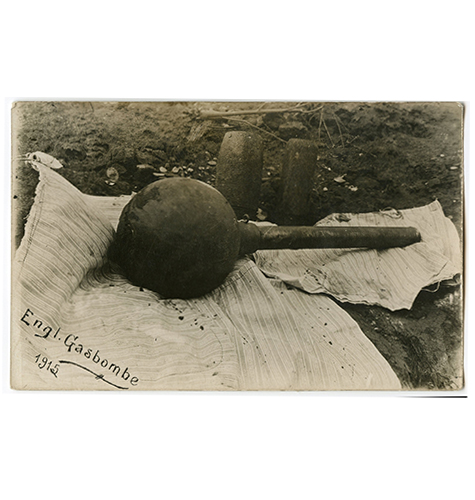 Chemical weapons caused approximately 90,000 deaths and one million casualties during WWI. More than 124,000 metric tons of 21 different agents were utilized on the battlefield. These chemicals and their effects ranged from irritating riot-control agents to the more lethal choking and blister agents, such as chlorine, phosgene, and mustard agents. 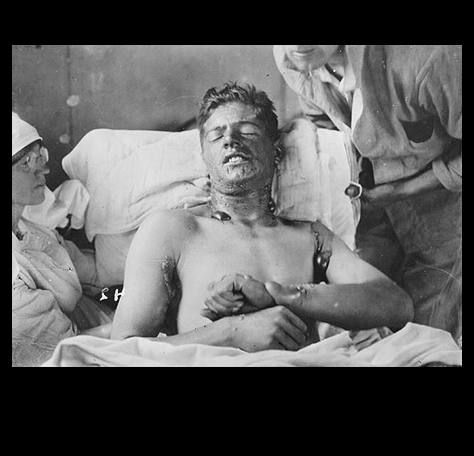 Although not always deadly, CW resulted in high manpower attrition on the front lines due to casualties’ horrifying injuries and long convalescence periods. Post-traumatic stress symptoms, known then as “gas-shock,” were also prevalent among surviving troops. Over time, prophylactic measures such as gas masks reduced CW’s overall battlefield utility, but they provided inadequate protection against especially blister agents, such as mustard. This “King of Battle Gasses” caused more than 85% of WWI’s CW deaths. 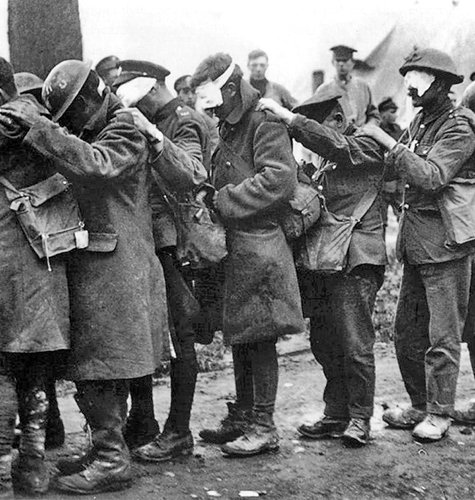 After widespread use of chemical weapons in WWI, countries again attempted to outlaw them. However, the 1925 Geneva Protocol banned use rather than possession of such materials, rendering it ineffective in preventing a CW arms race.

Source: Protocol for the Prohibition of the Use in War of Asphyxiating, Poisonous or Other Gases, and of Bacteriological Methods of Warfare.
Photo: British troops blinded by tear gas during the Battle of Estaires | Photo Credit: United Kingdom Government, via WikiMedia Commons 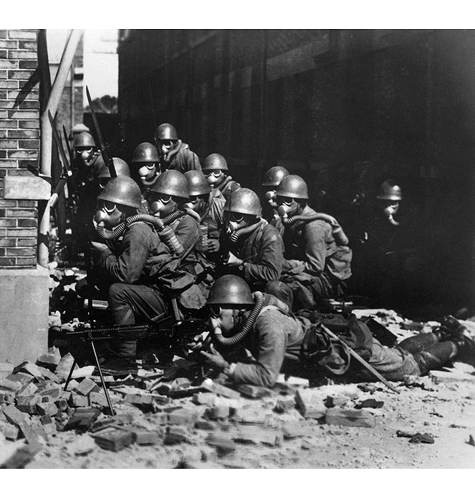 CW were not as widely used during WWII, except by Japan against its Asian adversaries. However, before, during and after World War II CW were widely stockpiled, leading to sizeable arsenals by the end of the Cold War. Countries also discovered increasingly deadly CW, including G-series, V-series, and Novichok nerve agents.
Photo: Japanese Special Naval Landing Force wearing gas masks and rubber gloves during a chemical attack | Photo Credit: WikiMedia Commons 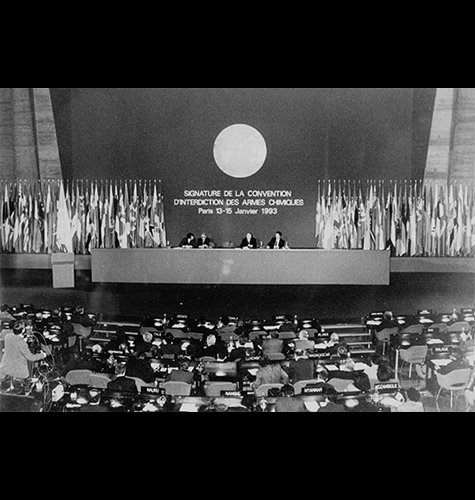 After the Cold War ended, the international community finally negotiated a ban on both the use and possession of chemical weapons. Following the lead of the United States and the Russian Federation, the two countries with the largest CW arsenals, most countries signed the Chemical Weapons Convention (CWC) in 1993 and renounced CW. The CWC entered into force in 1997, includes robust verification provisions, and has few outliers, making it an unusually strong nonproliferation treaty.
Photo: Signing of the CWC, 1993 | Photo Credit: United Nations

What is being done to ensure that chemical weapons are never used again?